The much-criticized article in The Economist claiming that OLPC has been a failure in Perú begins:

GIVING a child a computer does not seem to turn him or her into a future Bill Gates—indeed it does not accomplish anything in particular.

It then claims that advances in computer and cognitive skills by Peruvian schoolchildren don’t count if their scores on standardized math and reading tests didn’t increase.

Neither claim turns out to be the case. The second is just self-contradictory nonsense. For the first, we need evidence.

And look! Here it is. In his regular report to the Sugar Development and It’s An Education Project (IAEP) mailing lists on recent Sugar Labs news, Walter Bender wrote

EduJAM! presented awards for the best Sugar activities. Although they were not singled out in any special way, the youth of Uruguay managed to walk away with six of the prizes. Congratulations to Christofer, Agustin, Daniel, et al. for your contributions. A tip of the hat to the adult contributors too: Flavio, Gabriel, Alan, Andres, and Alejandro. By my rough estimate, approximately 10% of all Sugar activities have been written by kids who grew up on Sugar. It would interesting to understand the phenomenon. But we must be doing something right.

I have translated just enough of the Spanish for you to follow.

Y LOS GANADORES SON…
And the winners are… 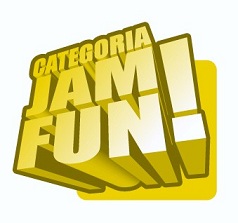 I did learn that Christofer has been in an on-going dialog with Rosamel Ramirez, a teacher in Duranzo about his activity development. Their latest collaboration is JAMuliples. Good stuff.

JAMultiples is a game where you click the multiples of numbers indicated. 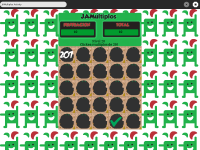 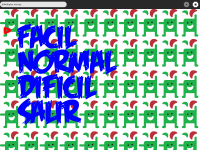 Generalist; End poverty at a profit for all
View all posts by mokurai →
This entry was posted in Country and tagged activities, EduJam!, Uruguay. Bookmark the permalink.